WTFFF!? is happening with #metoo 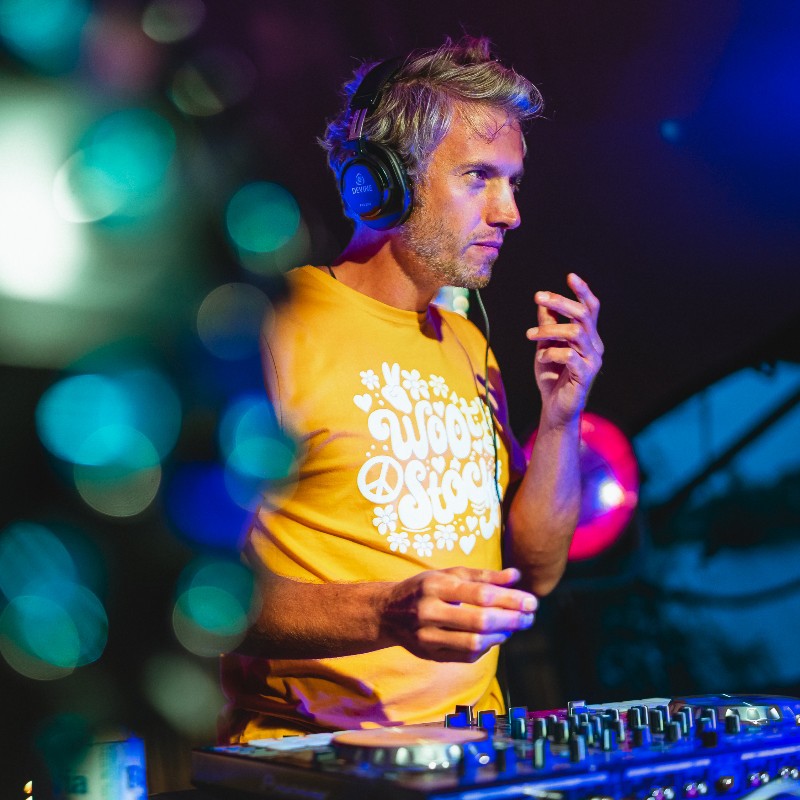 It's all in the media these days: #metoo.  More and more people fall victim to sexual harassment everyday. Wtfff is happening? Who is behind it and how to overcome it if something like this happens.

This story is about how WTFFF came to be. You can find the online experience here WTFFF.nl ‍

5% of the population aged 16 and over (770,000 people) reported having experienced online sexual harassment in the past 12 months.

11% of victims have experienced online sexual harassment on a regular basis, i.e. at least once a month (source).

The dark side of the web

I’m from a generation where mothers would tell their children not to take candy from strangers. And be home before dark. Nowadays it doesn’t really matter if it's light or dark outside. People with ill intentions from around the globe can roam the web whenever they want, offering their digital candy to anyone who falls for their tricks.

I first learned of the scale of the web’s dark side some years ago when talking to several  organizations that help victims of sexual abuse and human trafficking. They are working hard to raise awareness. Human trafficking and sexual abuse happen on a large scale and authorities and law enforcement play a cat and mouse game with offenders to combat this. Sometimes a brilliant concept sees the light and makes a huge impact, but still it’s not enough. Many children and youngsters become victims every day.

Having two kids of my own got me thinking about how we at Hack the Planet could help protect the youth. What's the digital equivalent of being home before dark? How can we protect the youth from illicit things on the internet?

To know what's really going on and to understand how these “dark places” on the web work, I spoke with an organization that works in the field of victim support. We talked about the challenges surrounding sexual harassment and how technology could help in getting the right message to the right audience.

Being on the internet since the early 90s, I thought I’d know a thing or two about what’s happening. Well I don’t…  After reading 100s of pages of victim testimonies I totally lost my faith in humanity. I'll spare you the details but the stories brought tears to my eyes and kept me up at night.

The good thing about it was that it made me even more determined to take action. I now knew about things like sexting, sexstorion, grooming and exposing. But how can we get this knowledge to the right people so they can spot danger in time?

Obviously issues like sexual harassment need attention on many different levels. Prosecution, investigation and law enforcement in general play an important role. But in addition it would be a good idea if we could reach the target audience proactively so more people can protect themselves from people with ill intentions.

Young people spend a lot of time on the Internet but it's not as simple as putting the information online and hoping it magically reaches the right people. Nobody really assumes they fall prey and become victims of abuse until it's too late. So what we need is something we like to do, something that teaches us something without studying.

It’s storytelling, but not as we know it

Stories have been told since the beginning of time. In fact, it used to be the primary way kids were taught; and with good reason. Stories stick in our heads!

As you might know, Hack the Planet is part of Q42 and there we developed a lot of storytelling projects that reached many people. You may have seen the projects we did with World Press Photo, the Bigger Picture or the garden of earthly delights. These projects taught us that stories combined with unique artwork can really inspire and invite exploration.

We are now facing a challenge of another magnitude. Can we come-up with something that connects with the youth and gets the right message across? Can we tell a story so good that it sticks and in effect empowers people to not fall victim to villains that lurk in the shadows of the web?

The first concept we designed at Hack the Planet was about an interactive superhero comic where you’d learn what happened to someone and how the hero of the story eventually “defeated” the villain.

Another concept was about an escape room where the entire room and puzzles are themed around an experience of a victim. We got in contact with our target audience and asked for feedback. Our young target group was mainly interested in getting the real raw stories. No need to sugar coat anything; these youngsters just wanted the facts!

Besides, they liked the idea of having something to do while listening to the stories. Some form of interaction was needed.

With this information we designed a new concept.

Regarding storytelling concepts we know people in general like to investigate, look at tiny details and search for new things. The garden of earthly delights is an extreme example of how much you can discover in a single piece of art. This project taught us that once people are hooked, they will spend quite a bit of time exploring. With this in mind we came up with the idea to create a work of art based on the victim’s stories. This artwork would symbolize the journey of the victim and the emotions at play. While listening to the stories you explore details of the artwork that are little stories on their own.

‍
The result is a mix of an interactive superhero comic, stories of sexual harassment and unique artwork.

If you’d listen to the stories of the victims you'll be struck by their braveness. You’ll also notice how strong they became after breaking free from their abusers. While reading and listening to their stories I figured that they are superheroes and we should portray them as such.

A good story sticks in your head. A really good story makes you feel like you are part of it. It transports you to a different world. For a moment you can feel what the main character is feeling.

I believe we have created something that does exactly that. I hope that many people will listen to the stories and realize there’s another world out there. A world that will hopefully never be part of our lives. Let’s look out for each other, help and listen when our friends and loved ones need it.

We hope that this project contributes to a safer web. The internet is a fantastic place but like in the real world you have to be careful. Don’t take candy from a stranger. And be home before dark.