An autonomous flying plane in the battle against deforestation. 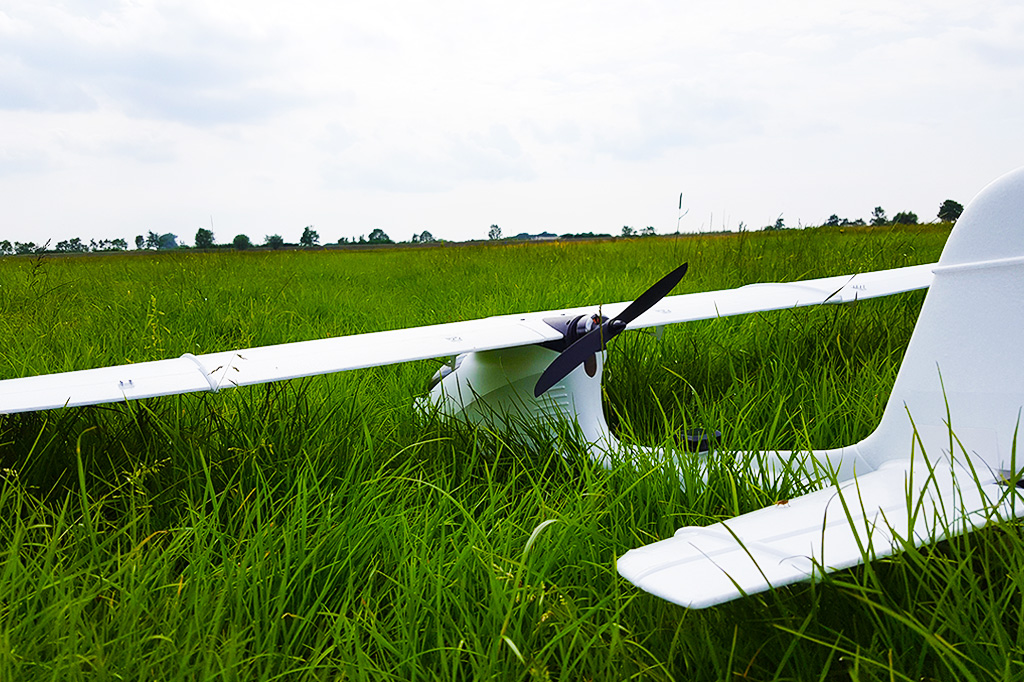 We developed a fully autonomous glider plane. This means that it’s capable of taking off and land by itself and fly a given route (based on GPS coordinates). During flight lots of data can be collected (photo’s, video’s, sound, air quality, etc.). Skyhawq can fly for about 1,5 hours and is made out of strong material for more heavy use.

See Skyhawq in action in this short video.

The story of Skyhawq begun in the summer of 2016. The news was full of stories about drowning refugees and big fires that were set in Indonesia. Also this was the year that leaders around the world started the debat on how to drastically do something about the poaching crimes that threatens the existence of many different species.

SkyHawq started as a dream: what if we could have a smart machine that could fully autonomously protect wildlife or monitor large areas. We started investigating and what we found surprised us.

We saw that many drone/UAV initiatives “out there” are often very expensive, not easy to use for people on the ground or simply to (technically) fragile. We contacted Greenpeace and that's when things went fast.

Not only did we discovered the enormous need for affordable ‘eyes in the sky’, we learned much about things that do not work. During a 2 day hackathon at Q42 we focussed a good 48 hours with 8 engineers to come up with a plan that would change the game. The hackathon was a great success and we managed to develop an UAV that flies on it’s own and collect data. This was the basis of what now is Project SkyHawq.