In the battle again human-wildlife conflicts 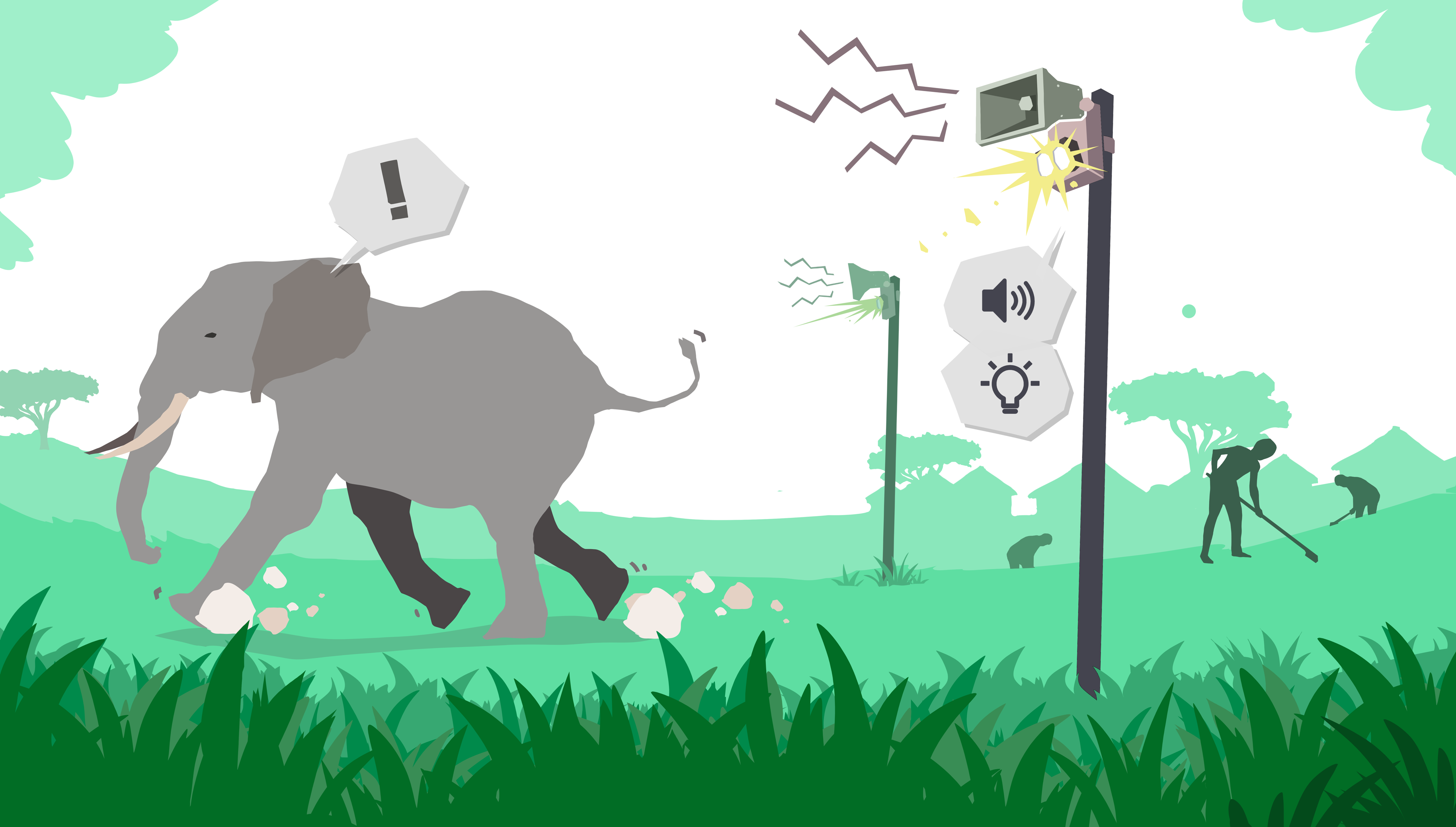 Human-Elephant conflicts are an increasing worldwide problem. Elephants entering nearby villages often result in dangerous situations. Not only do humans and elephants get killed in these encounters, a lot of damage is done in the process.

Of course elephants are not actively looking for conflict, oftentimes they are just looking for food. If elephants know or hear that humans are around they likely pick another route and avoid confrontation. After doing several projects in different countries in Africa we learned that villagers spend a lot of time keeping elephants out. By running out of their homes and smashing sticks on barrels they produce sounds that scare away nearby elephants. This is troublesome work with mixed results, since its not always clear when elephants are nearby(especially during night times).

The Repeller works together with our smart-camera-trap. If the camera-trap sees an elephant it sends an alert to the repeller. The Repeller will start and produce sounds with flashes of light. Elephants are super smart so producing one sound the whole time will not work, they will learn that it's something automatically playing and dismiss it. The Repeller therefore plays music, and lots of it. We equipped it with a large amount of memory where we can store an infinite amount of songs. Elephants will never hear a song twice! Another fun fact about music is that it automatically covers a large spectrum of different frequencies since vocals and different instruments are naturally present.

With the repeller we aim to safe Elephants and human lives.