A VR game to teach the laws of war 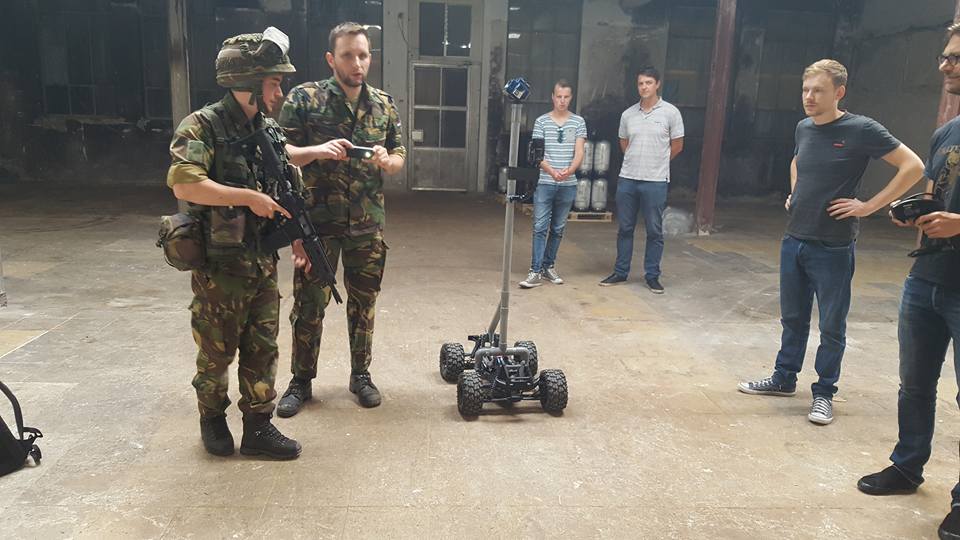 When you think about virtual reality (VR) gaming, you probably can come up with a number of popular, entertaining games that are being played all around the world. The game we recently built for The Netherlands Red Cross might give a similar first impression of such a game, yet the intentions are totally different… Let’s start at the very beginning.

A while ago we spoke with The Netherlands Red Cross about the activities where technology can help them. Among the variety of humanitarian things they do in the world, they are often present in war-zones where people fall victim to armed conflicts. You probably already knew that even during war certain rules apply, but did you realize that these rules are far from trivial?

For this reason The Red Cross actively educates students at schools and professionals at government organisations about the complex subject of International Humanitarian Law. The lessons they provide contain a lot of theory and in order to keep students engaged, they sometimes organize paintball sessions to simulate difficult situations where rules of international humanitarian law apply.

Imagine you’re a soldier… How would you respond when you spot a harmed enemy soldier?

What if you see a child running around with a gun?

When are armed forces in conflict allowed to use force?

These questions are not the ones an average teenager would ask himself when playing a game of Call of Duty. In reality, however, such crucial questions are the order of the day and all parties to the conflict are bound by these rules.

In order to explain these difficult situations and engage groups in discussion about international humanitarian law we created VR experiences in collaboration with The Netherlands Red Cross and the University of Leiden (fun fact: we used our self-driving drone GroundHawQ for shooting 360-videos of war-zone environment). When you put on the VR goggles your world transforms into a war-zone situation where international humanitarian law applies… You’ll be presented with 3 different cases. All three cases simulate real life situations where you need to make split second decisions using your knowledge of the rules applicable to Armed Conflicts.

So we built a game… But is it really a game?