‍Camera-traps are widely used for wildlife conservation and monitoring. Being great in taking photos in challenging conditions they lack something very important... They will not alert you if something of interest is on the photo. With regular camera-traps illegal tresspassers can be photographed, but the photo sits on the device itself. This is why we developed our smart camera.

‍Our system modifies these existing camera-traps and uses Machine Learning to analyse photos in realtime on-device to detect animals and humans. The system sends realtime alerts to rangers if something like an elephant, rhino or human was detected. Equipped with a satellite uplink the system can operate anywhere on the globe without any dependency on a GSM / Wifi or Lora network.

There are many areas of use of this technology, for instance; 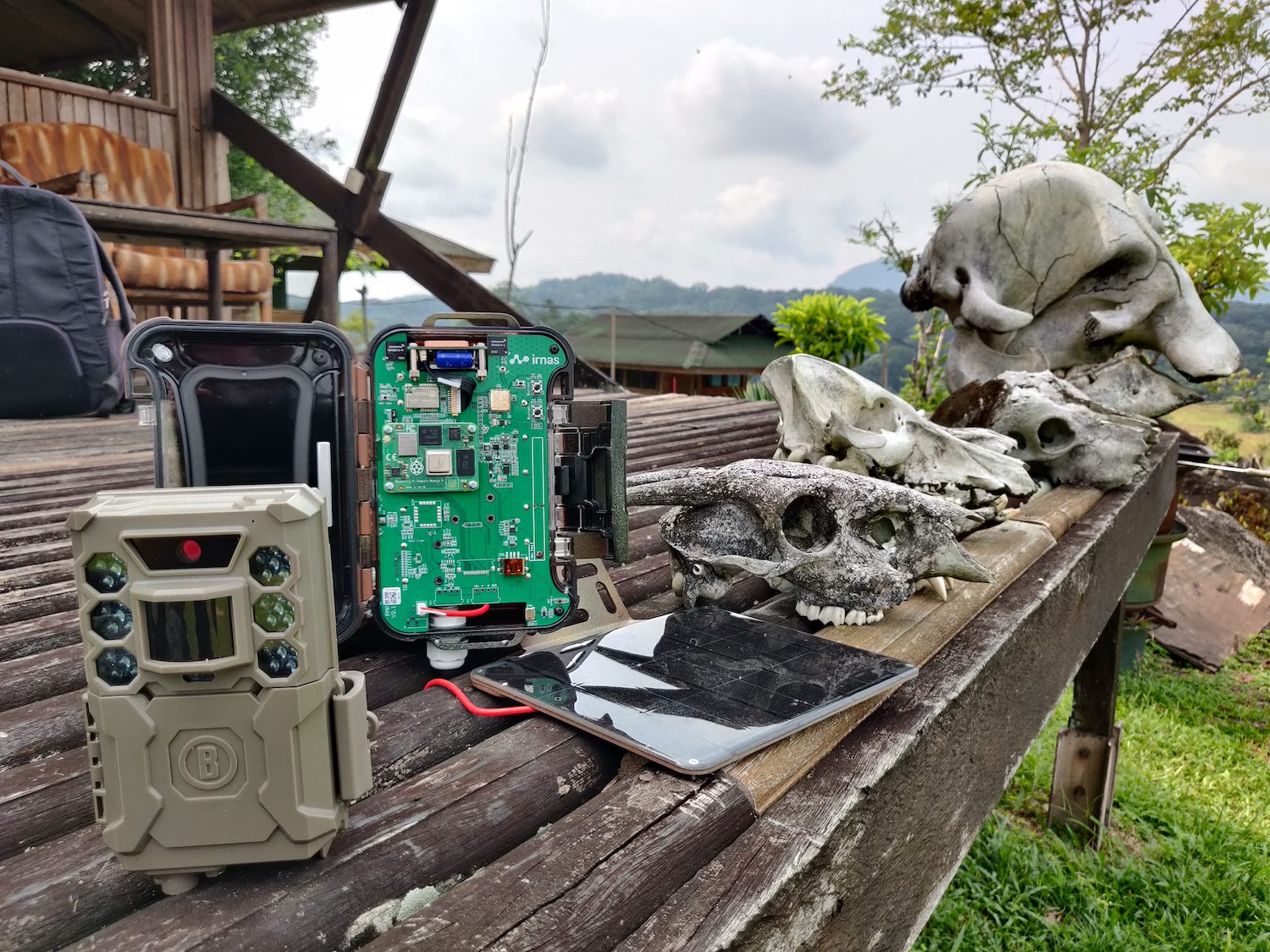